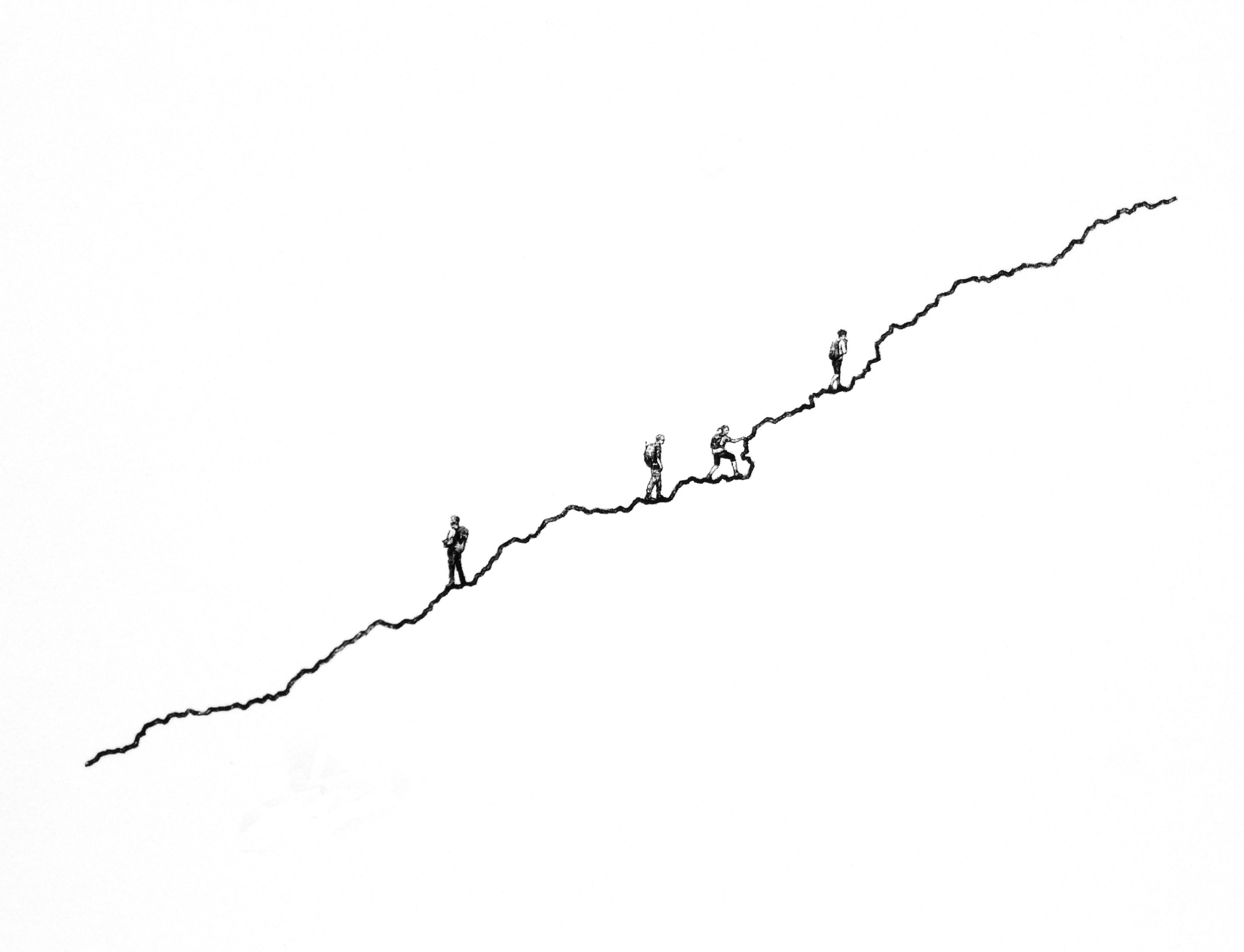 Cumbria based artist Alan Stones began his printmaking career in 1984 after winning a Gulbenkian Foundation Award ‘to experiment in printmaking’. Initially Alan’s subject was hill farming in the Northern Pennines but in the mid 1990’s, after a 3 month residency on the Falkland Islands, the imagery of his lithographs became much more minimal. His work is invariably ‘to do’ with people and in recent years his subject has been around ‘human endeavour’. Over the last couple of years Alan Stones has had three substantial solo exhibitions in public galleries across Cumbria and he has become a Patron of Printfest.