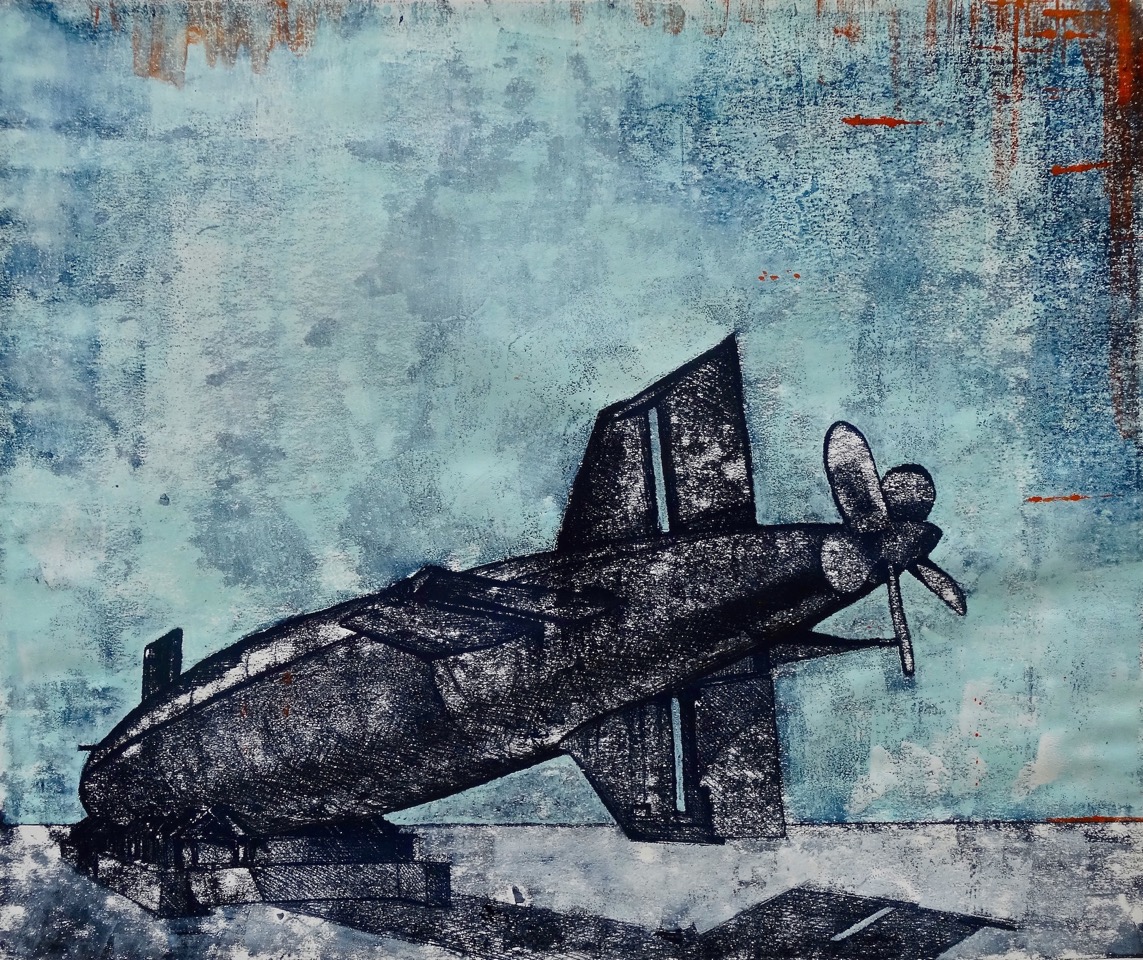 Printmakers’ Printmaker ~ Since graduating from the Chelsea SOA Georgina has successfully engaged with many types of artistic expression from large scale metal sculpture to various printing/drawing techniques. Living on the East Lothian coastline has greatly influenced her subject matter which has resulted in a growing obsession with the monolithic metal structures of submarines. This fascination with structure, power, scale and a menacing presence has turned into a series of powerful Monotype artworks. Georgina works mainly with the drawing technique of Monoprinting which she has adapted and mastered over recent years. Submarines are depicted out of water or suspended making them powerless and vulnerable which she finds intriguing.